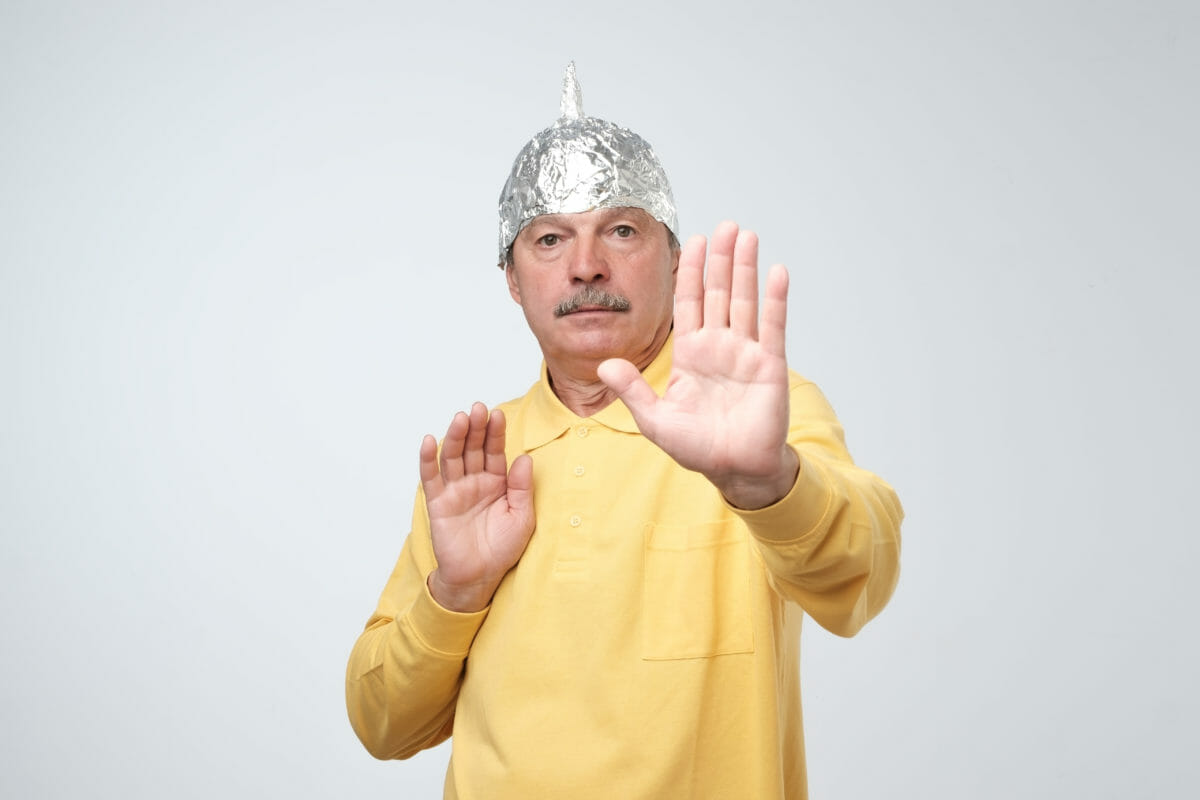 Where did my smartphone go?

A smartphone’s main component is the SoC, or ‘Systems on Chip’. It is the chip that houses the phone’s modem, video and display processors, CPU, GPU and is essentially what makes a smartphone so smart.

The chips have been getting smaller and smaller over the years, and all the more powerful too. The phenomenon about bending iPhones when placing them in your back pocket because they’re made so thin goes to show how much power, memory and processors that are responsible for those animated emoji we can get to fit into such a tight space.

But how much smaller and compact can we realistically go on a circuit board that’s still soldered together and relies on physical materials to house the magic of your smartphone?

Over the next decade or so we’re still set for cramming as much as we can onto a sheet of plastic, but if we want to jumpstart our phones into the age of self-driving cars and Virtual Reality, then we need to hash out a new approach.

But what if the hardware we’re looking for has been with us all this time? Without sounding philosophical, maybe it’s time we stepped away from the screen and looked inside ourselves. But I’m not talking introspection, I’m talking about our brains.

Studies have shown a lot of us do face some degree of anxiety when being away from our phones, not to mention the heart-stopping chill we get when we look in our bags only to discover we’ve left our phone in the back of the Uber or on a shop till when putting it down for a second. It’s time to admit to ourselves that we’re dependant on our phones and we feel so incomplete when we no longer have the power to order Chinese food with a thumbprint or double tap a dog photo, especially when everyone else around you still can.

But what if leaving your phone in a bar became a thing of the past? And how amazing would it be to see the end of smashed phone screens?

Facebook’s Building 8 research group are trying to create a brain to computer interface that lets you ‘type with your brain’, with something like 100 words being able to be ‘typed’ directly into a message or comment. Facebook has no plans for invasive surgeries or implants for now, but would instead rely on neural imaging – using a sort of cap or device that would transmit neural activity to electronic devices. In the past, having to buy separate accessories for our technology has only been a temporary blip in fully integrating the two. Think of when you had to buy third-party webcams to plug into your computer and how awkward they were to use until every computer came with a camera. Fully-integrated brain interfaces using chips won’t be available for a while yet, but it’s important to be conscious of their gradual evolution and availability.

Whilst no brain chips are widely available, there is existing technology already out there at clinical testing level. Braingate is an organisation that is working to develop brain-computer interface technologies to restore the abilities of people disabled by limb loss and neurological diseases. They rely on electrodes implanted into brains to set up a sort-of ‘brain cursor’ that can control limb movement or typing speech by just thinking.

Patients at trials with ‘locked in syndrome’ have been able to communicate again by typing from their brain, which is really something, as these are fully conscious people who have lost the ability to move or do anything for themselves.

The technology utilising the patient’s brains is a clunky device called a pedestal that attaches directly to the skull and embeds microelectrodes into the brain. The technology, although only existing for a noble cause at the moment has attracted the attention of Mark Zuckerberg and Elon Musk, who have entered the race to make brain chips available for everyone to interconnect with their computers.

Because of how much investment is being pumped into this development, it could easily go mainstream within 20 years. The technology would likely-replace most functions of smartphones, allow us to collaborate remotely with co-workers and connect to the computers in  an electric car, allowing you to drive a car with your mind – just in case self-driving cars don’t kick-off.

Because humans are naturally cautious of change, especially if it means biological, the concept of the brain interface would have to be drip-fed into the everyday mindset, just like AI is today with the introduction of AI into everyday devices, such as Amazon’s Alexa. Eventually, we might be seeing the introduction of being able to send a message via the brain, opening the public up to the convenience of not even needing to hold a device.

The journey of our computers into our brain seems to be the natural progression when you look at how far they have come; from huge mainframe computers taking up a whole room, to desktops, laptops, tablets and now smartphone that we hold to our face. Smartphone apps and social media sites are engineered to make us spend as much time on them as possible, usually with the help of small those dopamine rushes we get when someone likes our status or when we hear our phones ping with a Facebook message.

But just because we could develop brain-computer interfaces for everyday life doesn’t necessarily mean we should. The ease of communication and collaboration seem like a good idea to make our lives more convenient, but the development with its sudden influx of investment may be going too fast for our own good. It wouldn’t be too far-fetched to imagine companies like Facebook and Elon Musk’s Neuralink going into an arms race to develop the first mainstream brain-computer interfaces and failing to address the question of what the actual cost is of this convenience.

Allowing engineers to tap into our brains without much thought being put into long-term effects and implications should scare us, but the ease of being constantly connected might be too good to pass on, especially if it meant you might be missing out and at a disadvantage to those who could easily communicate in other languages or even install skills with the help of brain interfaces.

The brain really is our last frontier both in terms of research and our privacy. In an age where we’re trying to be more savvy about our internet activity because of fear of surveillance or having our information leaked, we can find sanctuary for now inside our own heads, until of course we allow devices and companies to have direct access to our brains so that we can send instant messages or upload statuses.

No one quite knows what the consequences would be if we were constantly connected to devices, and what degree of our privacy would be at stake, or what would biologically happen to our brains. The long-term effects of smartphone addiction today still leaves us in the dark.

The transition to the brain interface isn’t just the ramblings of conspiracy theorists, it’s happening right now and is completely up to you how conscious you want to be of it. The idea of having a device connected to your brain might sound ridiculous to some, but so would the concept of Amazon’s Alexa or letting kids play on smartphones to someone 20 years ago.

Whether you find what you’ve read about to be promising or something out of a Black Mirror episode, that’s up to you.