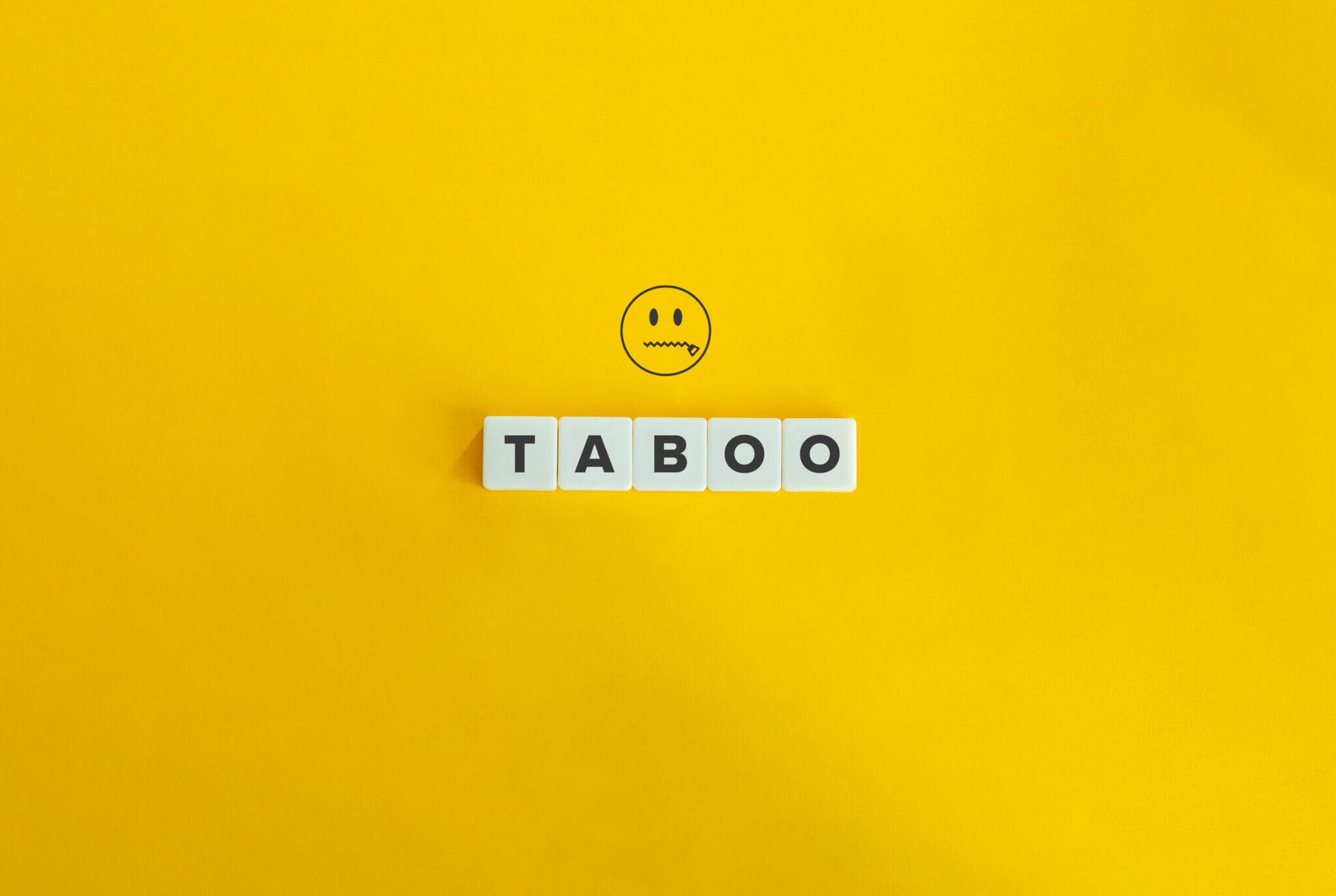 “I enjoy talking about things that are ‘taboo’ because it makes them not taboo anymore.”
– Sarah Silverman, comedian and taboo tantaliser.

Although this quote was made in regards to stand up comedy, I’m sure it’s a feeling shared by many marketers both past and present, as taboo topics continue to be the focus of brand campaigns both big and small.

It’s no secret that talking taboo is even something of a strategy these days, with brands tactically implementing ‘provocative’ subjects into their marketing to embrace social change, tackle societal challenges and demonstrate strong allyship. Or at least appear to…

But while many consumers may dismiss this type of advertising as ‘shock tactics’ or manipulative, there are many brands out there who use it to spread real social good…

One brand that has always stood out when it comes to taboo topics is The Body Shop, a company that has a long history of promoting female empowerment through its advertising.

The first-ever Body Shop was opened during the 1970s when female sexual health and general wellbeing were at an all-time high. Since then, there have been several significant efforts made by the brand to investigate measurements of health, well-being and self-love on a global scale.

For 50 years, they’ve remained in the spotlight, and to this day they continue to break the mould where capturing femininity is concerned; promoting self-worth long before anyone else and featuring all races and body forms in their marketing.

For example, in their 1997 advertisement campaign, ‘Ruby’, their founder Anita Roddick released a series of posters depicting a size 16 nude doll figure, which declared “There are 3 billion women who don’t look like supermodels, and only 8 who do”. This was one of the first challenges to the rising issue of body dysmorphia and it helped start the battle against barbie-size body image expectations.

This sort of advert was typical of Roddick’s ethos of pure self-love and empowerment, and in the last few years, The Body Shop has gone back to creating advertisements that feature no product promotion whatsoever. Instead, their sole purpose is to push out messages like the Ruby campaign, spreading positivity and empowerment through the page or screen and into your home.

However, that’s only the tip of the iceberg where their mission is concerned, and to make their marketing as empowering as possible, The Body Shop has spent the last year really connecting with their audience on issues of femininity.

In 2020, they began their own self-love journey in the form of a global survey, one designed to evaluate levels of self-love, self-worth, body confidence and happiness within 21 countries. To their despair, the results showed that the average woman scored just 53/100 for self-satisfaction, highlighting that women often do not feel enough in themselves physically and emotionally, despite having fought for so much.

In response, The Body Shop created this year’s ‘Self Love Street’, a thought-provoking digitally-led campaign designed to leave viewers feeling empowered. To do this effectively, they chose to deliver the bulk of this content through video and quickly formed partnerships with platforms such as TikTok to increase their consumer reach.

The ‘Self Love Street’ videos themselves documented the lives of three women, each one demonstrating a different method of loving yourself. In particular, The Body Shop team wanted these to focus on three main points – the need for external validation, body image issues, and rejection in love. The women on-screen showed how we can resolve these common issues through doing things for ourselves, appreciating our body and loving ourselves first (even after the dating apps let you down!).

The creators of these videos were ad agency Wax/On and they were directed by Ali Kurr (who also directed the fifth instalment of the hits series ‘Always – Like a Girl’).
The Body Shop was determined to make the ad uncomfortable but also impactful, pushing it to the forefront of television schedules. Unsurprisingly, a tactic was also employed to feature the ad frequently during the 2021 series of Love Island. It’s probably not controversial to say Love Island has a reputation for normalising unrealistic body standards upon women, and displaying the ‘Self Love Street’ ads at this time meant that they could reach a wide, impressionable audience who were potentially a part of the unsatisfied sector within their global research.

As the ads were in direct contrast to the connotations of the show, they also indirectly reflected Roddick’s 1997 Ruby campaign, reminding audiences the majority of people do not look like supermodels and that they shouldn’t have to conform to such expectations.

It’s a modern take on their message from 20 years ago and it’s undeniable that the commitment The Body Shop has shown to this cause has been immense.

Their journey from the early days of Anita Roddick’s advertisements to Self-Love Street has been full of highs and lows, but their campaigns have always successfully demonstrated the social good that can come from advertisements.

As Sarah Silverman also demonstrates in her comedy, confronting these taboo topics helps bring things into a new light, getting people conversing and discussing these issues on a level that shifts them from uncomfortable no-gos to valid and important subjects.

And if no one else is going to do it… Why not us marketers?