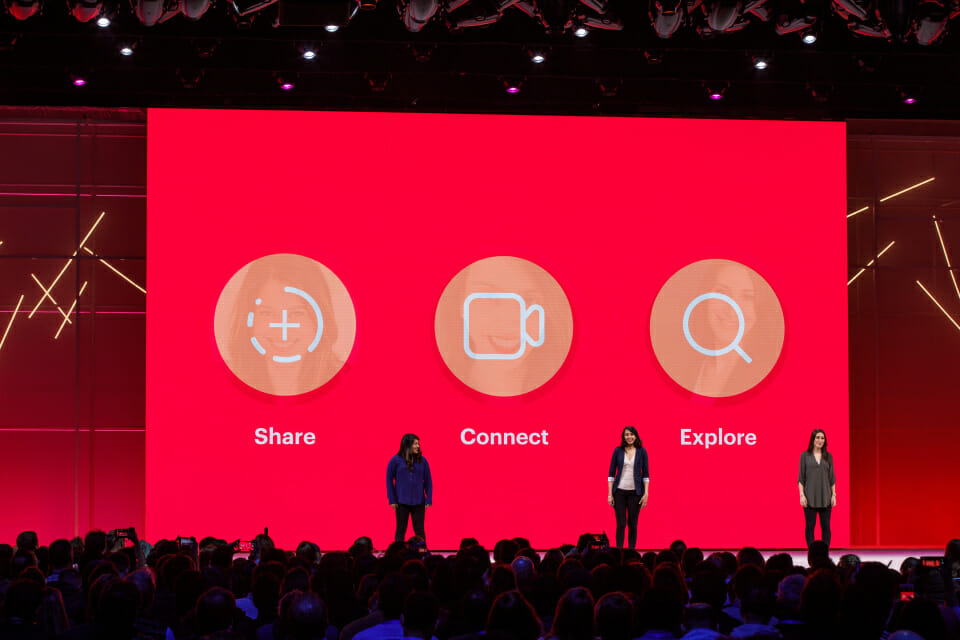 Privacy-based social networking sounds like quite the contradiction, but in the wake of what feels like a dozen more faux pas since the Cambridge analytical scandal, and the shift from public conversations to group chats, it was an unsurprising twist from Zuckerberg’s team at F8.

We’ve had the Facebook update from Brilliant Jake, so here’s what’s happening on the fastest growing social media platform…

The biggest announcement from Instagram, after categorically denying they were trialling hiding likes, was to show their new feature being tested… hiding likes. For selected users, their content does not currently show the number of likes received to the general public, though account owners can still see this number. You can still see a list of everyone that has engaged, so you can get a feeling for how well someone’s content is performing, but unless you’ve got enough spare time to go through and count every name, you won’t know the exact number.

This is an attempt from Instagram to get creatives to feel more comfortable in trying new things. If you’re trialling something new, it could be unexpected for the audience and they may not engage straight away. That doesn’t mean the content is necessarily bad. The idea is to put less pressure on accounts so they can post the type of content they love to create, rather than worrying about whether it will match up with their other posts performance. They’re also trialling hiding follower numbers, which will be

The shadow ban is finally confirmed

Ever wondered why your content doesn’t show up on certain hashtags? Or why reach from Hashtags can go from thousands on one post to just hundreds on the next? Well, Instagram has finally admitted to what many users refer to as ‘shadow banning’ content. Instagram has said they’ve gone down the route of only showing content that fits the community guidelines and is ‘safe and appropriate’. They’ve also gone a step further – if you post something not deemed safe or appropriate, it can limit the performance of future posts. It’s not hugely clear what Instagram deem as either of those two factors (outside of the usual standards), as plenty of accounts have cited the negative effects on their reach and engagement without posting anything obviously against Instagram’s guidelines.

With the focus on users creating more varied content, Create Mode offers a way to share content without incorporating photo or video. It heroes the use of in-app tools, such as effects and stickers, and could be useful for brands where they’re struggling for a visual.

Instagram are tapping into impulse purchasing behaviour driven by social, with more integrated in app purchasing options for content creators. It’s also just one more of the ways they’re working to keep influencers active on the platform, and away from competitors SnapChat.

Creator profiles – somewhere in-between a personal and a business account – are also on their way, giving influencers access to more relevant data. It does come with downsides though, as Creators will not be able to link third party API apps for scheduling or analytics.

With the raise in popularity of donation requests in lieu of birthday gifts on Facebook, they’ve introduced a donate button on Instagram. This could be a useful way to demonstrate brand values and highlight causes that are important to you or your brand.

Want to know more about how the latest updates will effect your business? Get in touch!