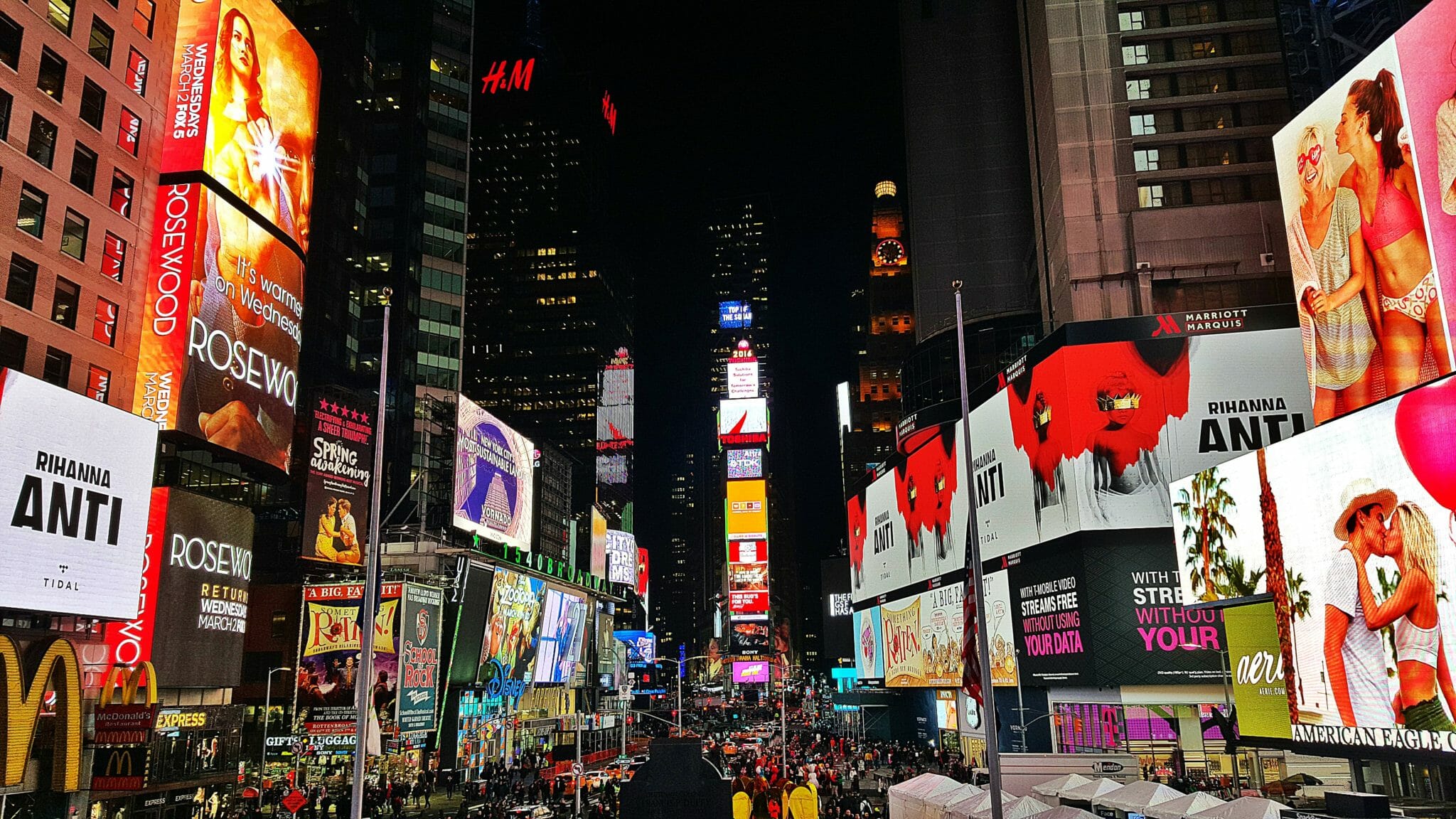 The Importance of OOH Advertising

By Lynne Ella PearsonOctober 6, 2021No Comments

I used to think when someone stopped and stared at a billboard, it had at the very least done its job.

If they stopped, stared and kept thinking about that billboard later? Well, then I’d think the billboard had done its job and then some.

But in an increasingly inside world, I’m starting to think stopping and staring is no longer enough.

A new standard for OOH

Recently, you’ll have noticed that attention-grabbing, out-of-home advertising is everywhere.

There’s been billboards where characters burst out onto the street, whole buildings transformed into giant tasty cakes and many more absurd publicity stunts.

But how many of us have seen these great OOH pieces in the flesh?

Me? I’ve seen exactly none, yet when it comes to the very best campaigns from this year, I can still recite you a list as long as my arm. And I have exceedingly long arms…

Yes, it seems the top marketing agencies have finally discovered how to get the best out of OOH. Forget simple calls to action and ads that work in multiple locations, today’s OOH is all about going viral!

In a world still recovering from COVID protocols, and one that was already largely experienced through screens, it’s no surprise that marketing agencies have changed tac in the last few years.

If a billboard breaks the mould, people will always share it – saving time, money and effort on brand awareness campaigns. It could be a cheap Grimsby ad space on paper, but online it can become a social media storm!

From what I’ve seen this year, a viral OOH campaign is fast becoming the benchmark, with boundary-pushing billboards attempting to spark thousands of photos and a million more shares.

For food and drink brand design agencies in particular, it’s a chance to be playful and get people talking. But just how far do we have to go to get iPhones out of pockets? 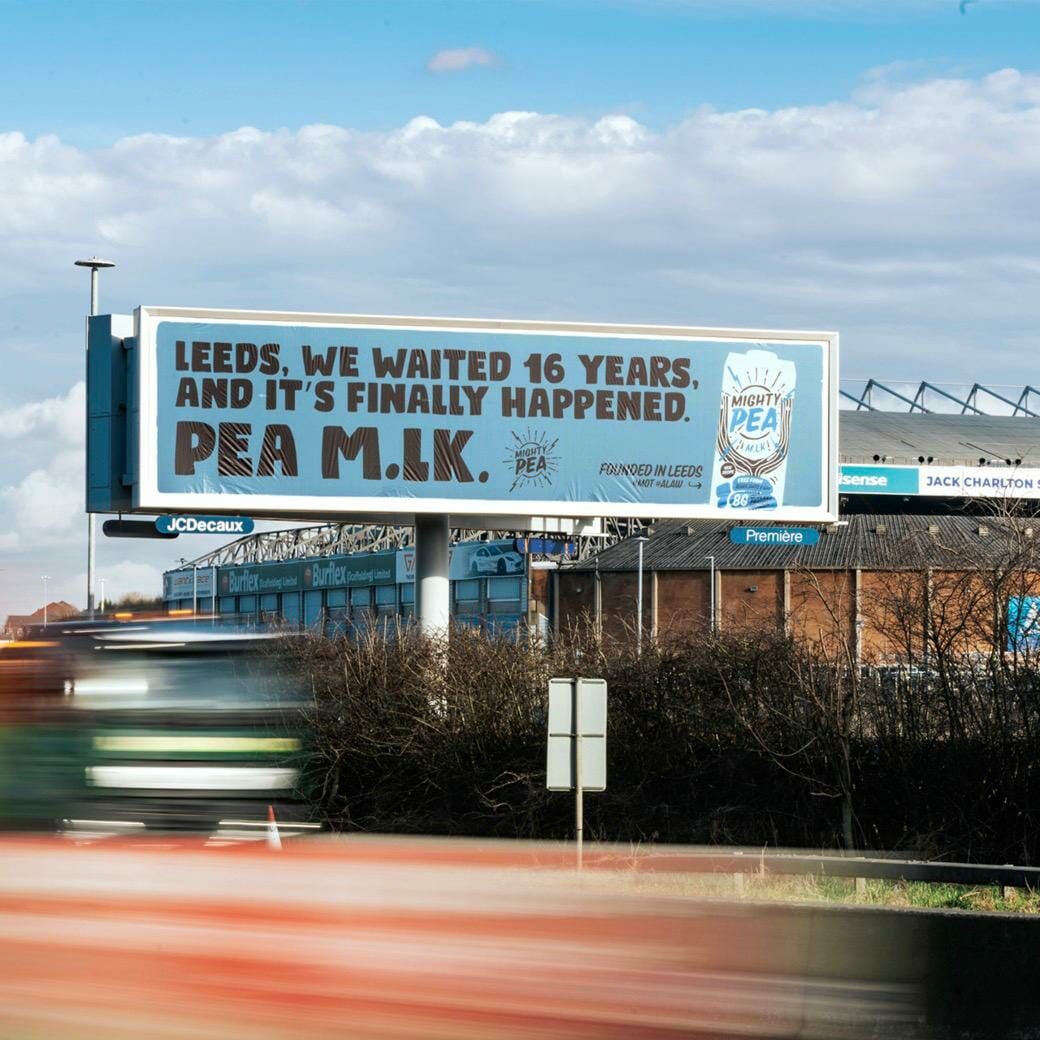 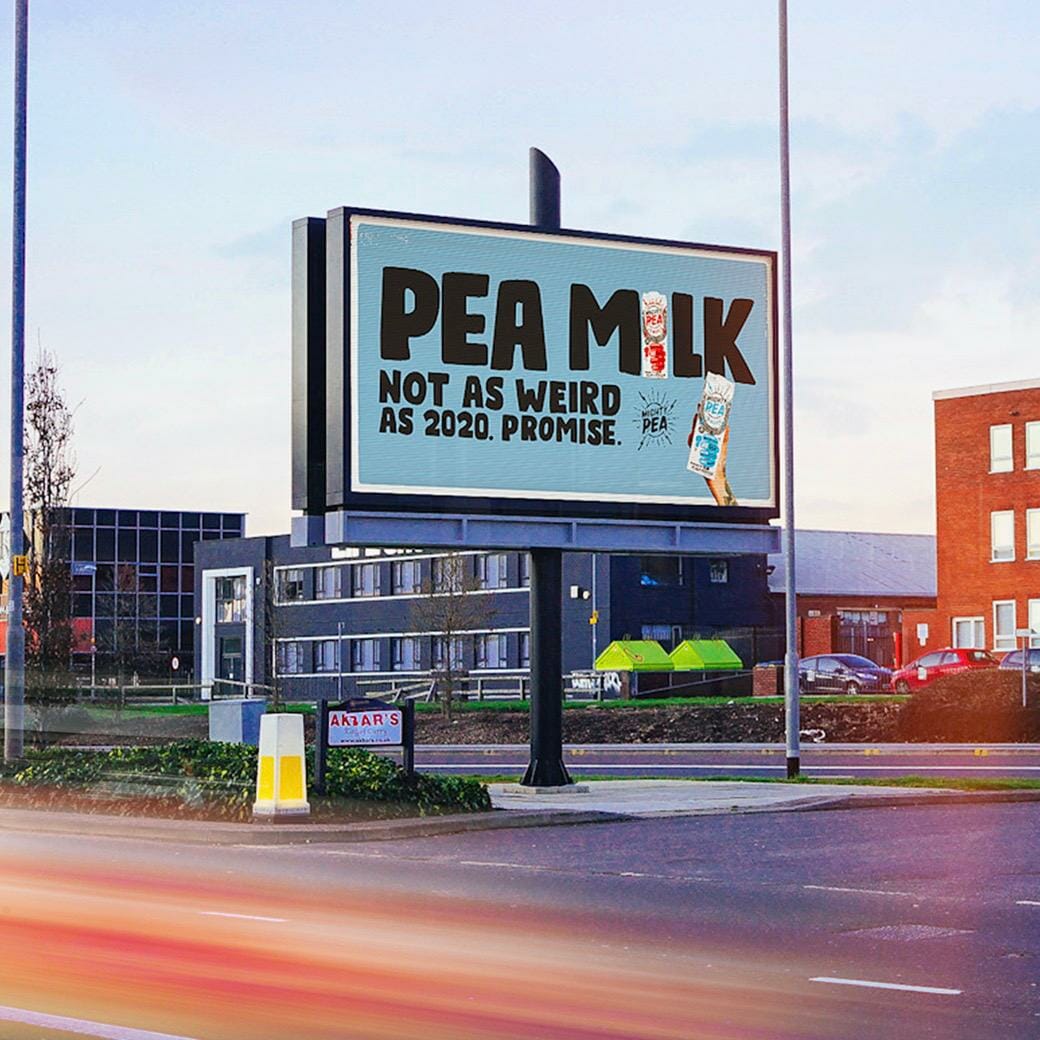 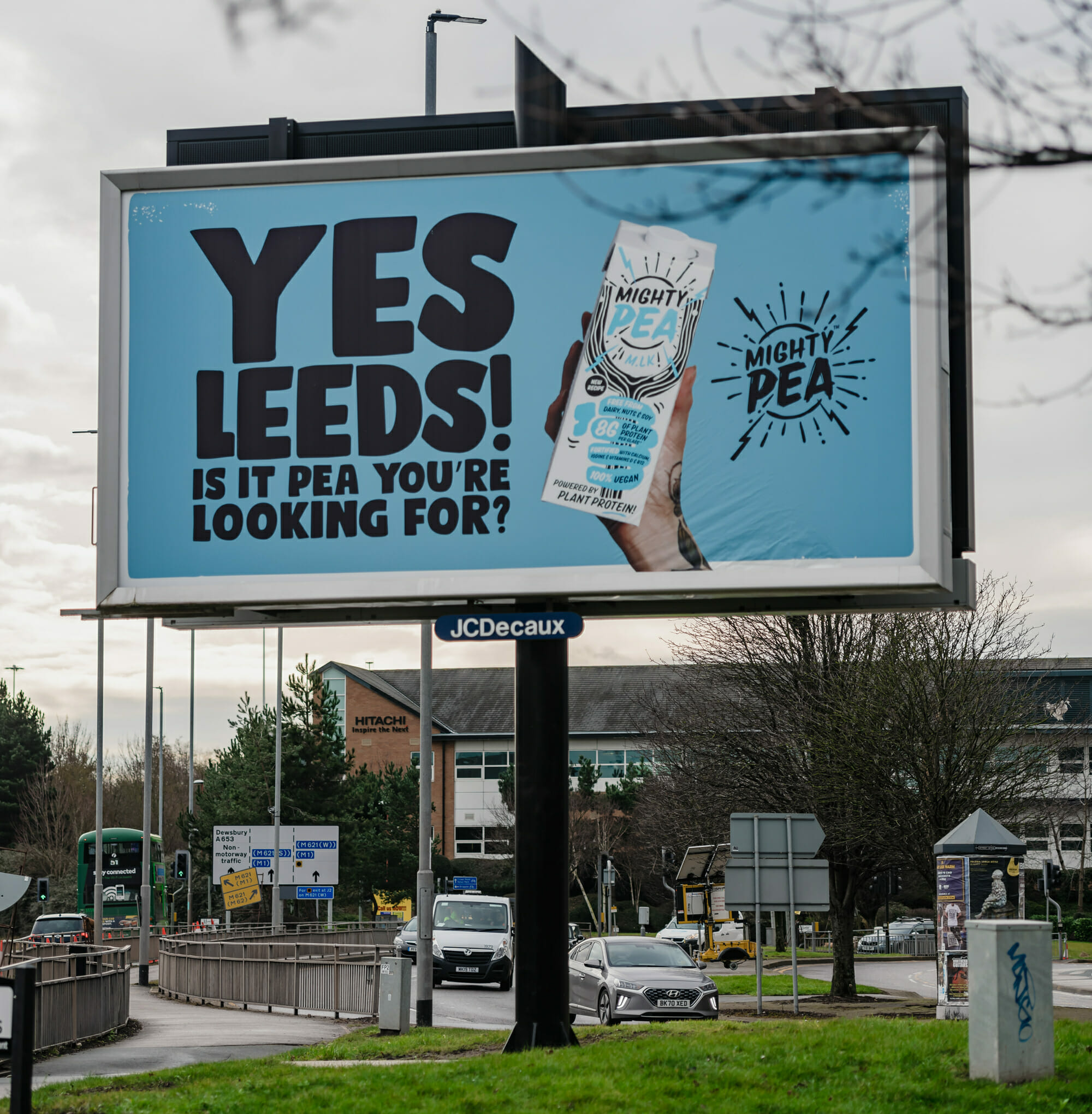 Creative agency Adam&eveDBB have been particularly mischievous with their billboards this year, adapting the classic billboard into chaotic and humorous photo opportunities.

Two of the most creative efforts I’ve seen from them went instantly viral, using damage and destruction to jaw-dropping effect.

The first was a new Marmite advert in February, selling a Hot Chilli Marmite NPD.

In a bizarre scene, the fantastically named ‘Dynamite’ was pictured lidless on a billboard. And where was this lid? Sat in the windshield of a nearby parked car, giving the illusion it had exploded out of its 2D world to cause a little 3D destruction.

Adam&eveDBB then replicated this idea in June for some new Wall’s bite-sized ice cream ranges.

Near the centre of Leeds, a billboard appeared with the tagline ‘Love in one bite’, the love captured by Wall’s iconic heart logo.

Yet a week later, a giant bite-shaped chunk was missing from the left-hand corner, complete with a few drools of chocolatey residue!

Given the time these billboards were put up, you’d be forgiven for thinking the agency foolish… Why bother when most of the UK are stuck inside isolating?

But the beauty of these two adverts is that they were designed to go viral, and so rather than running simple billboards across the country, Adam&eveDBB just opted for two complex, yet cost-effective ones!

They relied on the ideas to blow up online and just like their Marmite pot, blow up they did.

However, it’s not just billboards that have been catching the eyes.

Another fabulous OOH campaign from last month was Kraken Rum’s London bus takeover, in which cleverly drawn vinyls depicted a ‘released’ Kraken, spilling out the bus advert frame and crushing the vehicle!

Devised by Oink Creative, these designs first ran on five London buses back in September 2019, and they’re back in 2021 to cause an even bigger stir.

This time, Kraken will even be running buses further afield in the UK, creating an on-the-go OOH experience and a massive photo op on four wheels!

It’s something a little unexpected and expands on the more classic reimagining’s we’re seeing on a week to week basis.

Naturally, campaigns like these come at a much larger price, but even when it was just 5 red buses in London, this OOH got people talking as much as any nationwide campaign!

It shows that the future isn’t just tongue-in-cheek billboards and when it comes to out-of-home advertising, any space that’s for sale is an opportunity waiting.

At Brilliant, we’ve always strived to be the best marketing agency in Leeds, and the UK’s number one for food and drink marketing.

So, it’ll come as no surprise to hear we’ve been hit by the OOH bug too and if our client wants it, we’re more than happy to provide it!

The start of this year marked our most successful OOH campaign yet, in which we ran a series of billboards for plant-based brand Mighty Pea M.lk.

To get across Mighty Pea’s fun and attention-seeking TOV, we helped spread awareness of the brand with 6 billboards and a few digital billboards. These ran across the UK, but the majority were placed in our native Leeds – which is also where the brand was founded!

In the main, these billboards were an opportunity to flex our copywriting muscles and challenge plant-based perceptions, using taglines such as:

But we also spotted an opportunity to push the boundaries of the creative and do something a little different!

While many of the previous examples have shown how to create viral content regardless of location, we wondered if we could flip this on its head… By creating an OOH that was dependent on location.

To celebrate Leeds United’s long-awaited return to the Premier League last year, we placed one of our billboards right outside their Elland Road stadium, adorned with the phrase:

It’s a great example of how to use a location to your brand’s advantage and a billboard I’ve been able to personally enjoy on my drive to work for the last 10 months!

So when I said I’d seen exactly no great OOH pieces in the flesh this year?