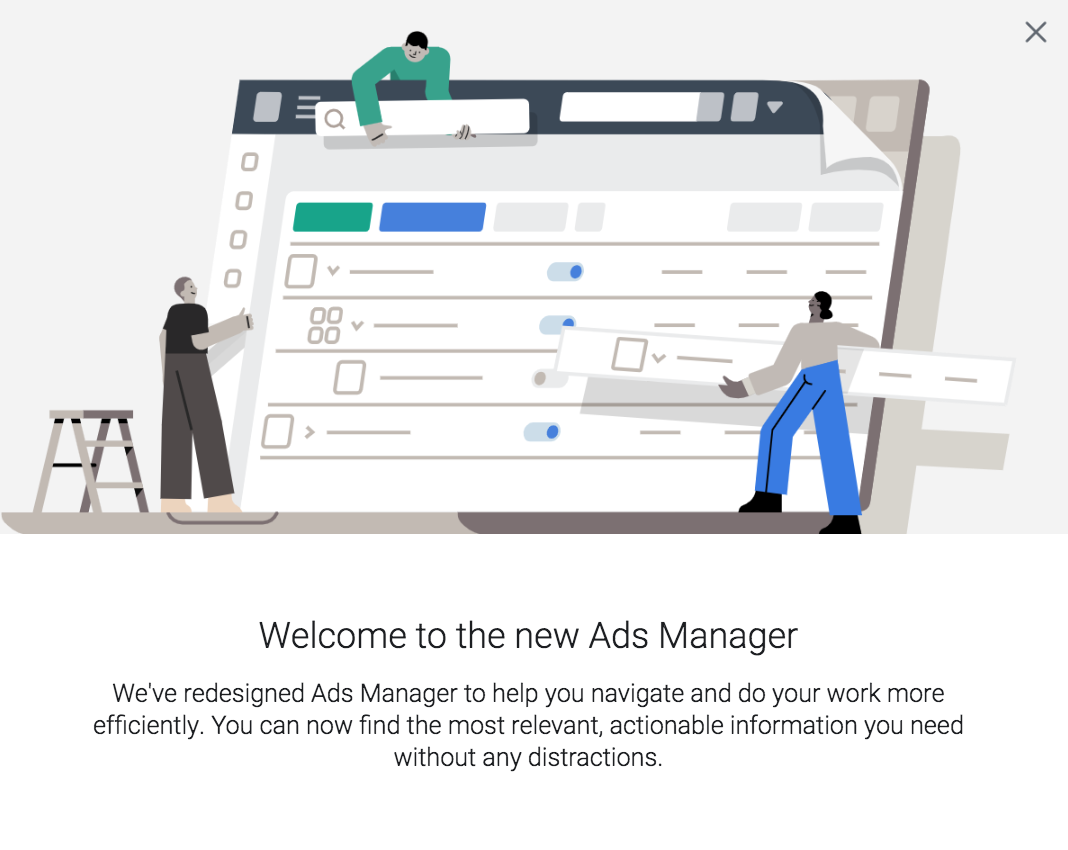 By Lynne Ella PearsonJuly 17, 2019No Comments

Advertisers are being tasked with familiarising themselves with a new Facebook’s ads manager as the online giant begins to roll out their updated advertising platform. This isn’t the first time Facebook has made tweaks to their UI/UX but it seems to be one of the more noticeable makeovers in recent times.

The new ads manager looks cleaner and, so far, it’s functioning a lot smoother than usual. Some users have even compared the update to look like the Google Ads interface.

Here are a few reactions we’ve seen on Twitter from fellow digital marketers:

Am I the only one that quite likes the new Facebook Ads Manager? Looks cleaner and seems to be functioning a lot smoother than usual #Facebook

You’re not wrong Dibs but do we reckon it’s an improvement?

The struggle is real…

Facebook Ads Manager's new look seems cleaner… but yeah, I have to go try and figure out the new layout again. hahahhaa

It’s widely documented that media buyers across the world have been increasingly frustrated with Facebook’s ads platform. Zuckerberg’s social platform suffered its worst outage ever in March 2019, putting advertisers in uncertain situations with their online campaigns and investment and, more recently, Facebook have come under heavy scrutiny recently due to lack of honesty and transparency with high-spending advertisers. 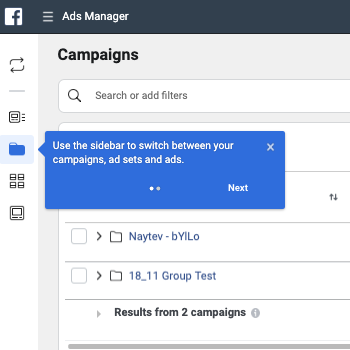 There are an abundance of features, data and optimisations that can be made in Facebook and sometimes it can be a little overwhelming. Especially working in an agency environment, like here at Brilliant, operating numerous different accounts everyday, all plugged into our Facebook ads manager. We know how important it is to be agile and able to adapt to issues or changes to ensure we can continue to navigate seamlessly between different ad accounts, campaigns and data ranges.

Not sure how to get around in Facebook’s ads manager? Get in touch with us to see how we could take your social media marketing to the next level!